Practicing across academic, civic/cultural, commercial, and residential sectors, BFA has built work in North America, Europe, and Asia. Expert in the sustainable practice of historic preservation and restoration, the firm embraces environmental responsibility as essential to architecture.

Believing in economy of means both material and aesthetic, BFA enjoys a reputation for innovation, highly personalized service, and efficient project management. Its services are complemented by those of an experienced team of subconsultants.

Outside the studio, Founding Principal Belmont (Monty) Freeman, and other firm members foster the next generation of practitioners, teaching at leading institutions including Columbia University, University of Pennsylvania, New York Institute of Technology (NYIT), and Parsons School of Design. BFA is also a proud supporter of The Architecture Lobby, promoting equity in the workplace and the profession.

BFA’s seminal projects include the restoration of New York’s legendary Four Seasons Restaurant, the reimagined Gertrude Ederle Recreation Center on the Upper West Side of Manhattan, the renovation of the Ezra & Cecile Zilkha Art Gallery at Wesleyan University, and the LGBT Carriage House at the University of Pennsylvania.

The firm’s work has received awards from multiple American Institute of Architecture chapters, as well as the American Society of Interior Designers, the Historic District Council (NYC), and other groups for its outstanding design, preservation, and renovation work. BFA is certified by New York City and State as a Minority Business Enterprise (Hispanic).

Founded as Freeman & Pizer Architects with Max Pizer in 1986, the firm became Belmont Freeman Architects in 1994. 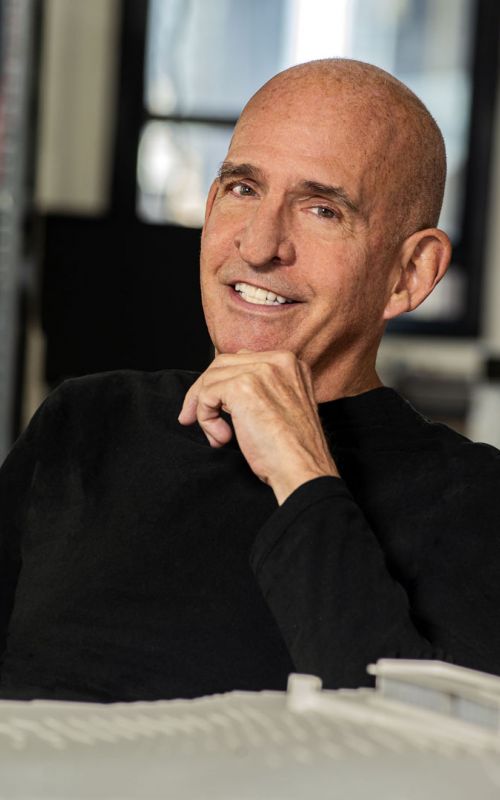 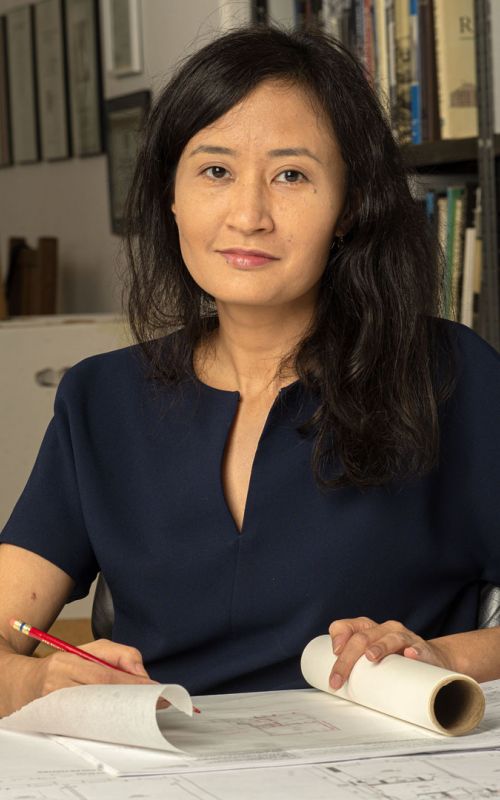 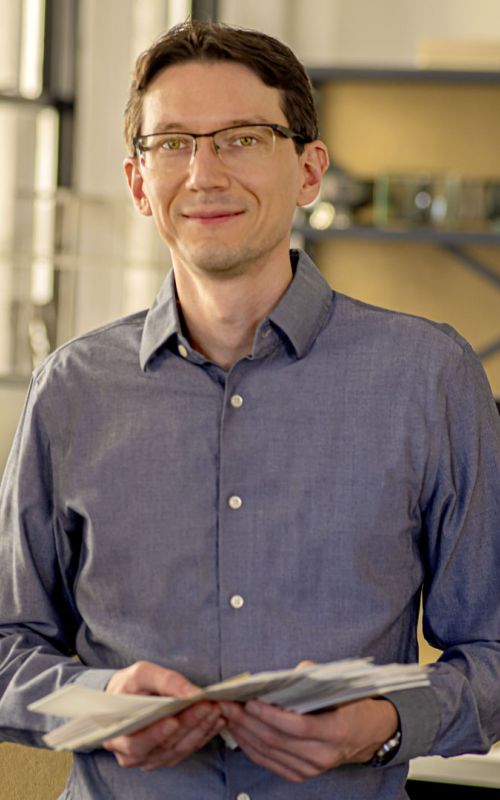 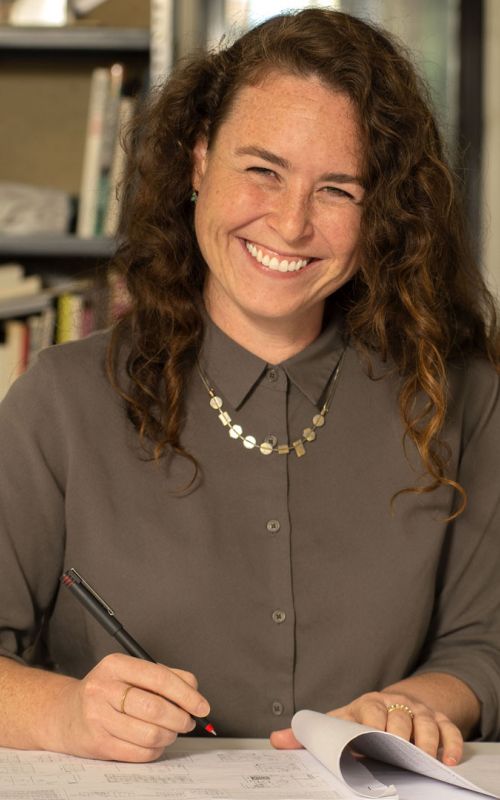 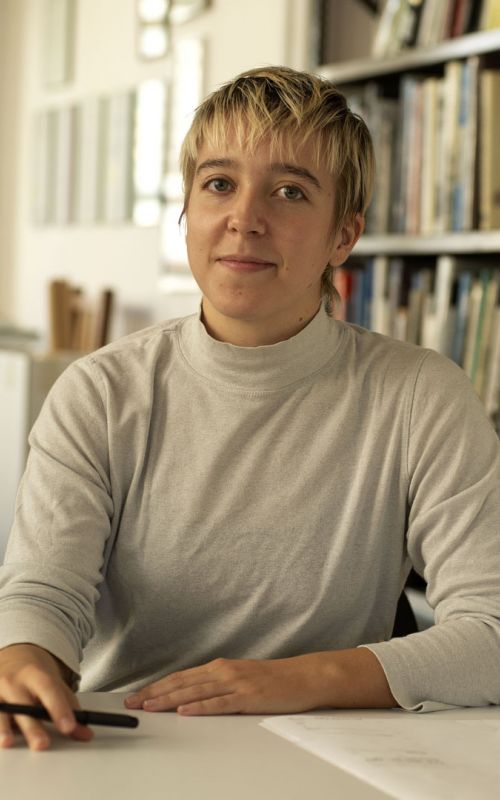 Led by a founding principal committed to workplace equity, our compact, cohesive team delivers refined design solutions with economy of means and efficient management. We devote close, personal attention to every client.

Equally skilled at new construction and historic preservation, we are expert at fusing past and present to meet today’s diverse design aspirations.

Designing with the future in mind, we also embrace environmental responsibility over the lifetime of our projects. Our complementary skills, educations, and experience provide a wellspring for inspiration and innovation in practice. 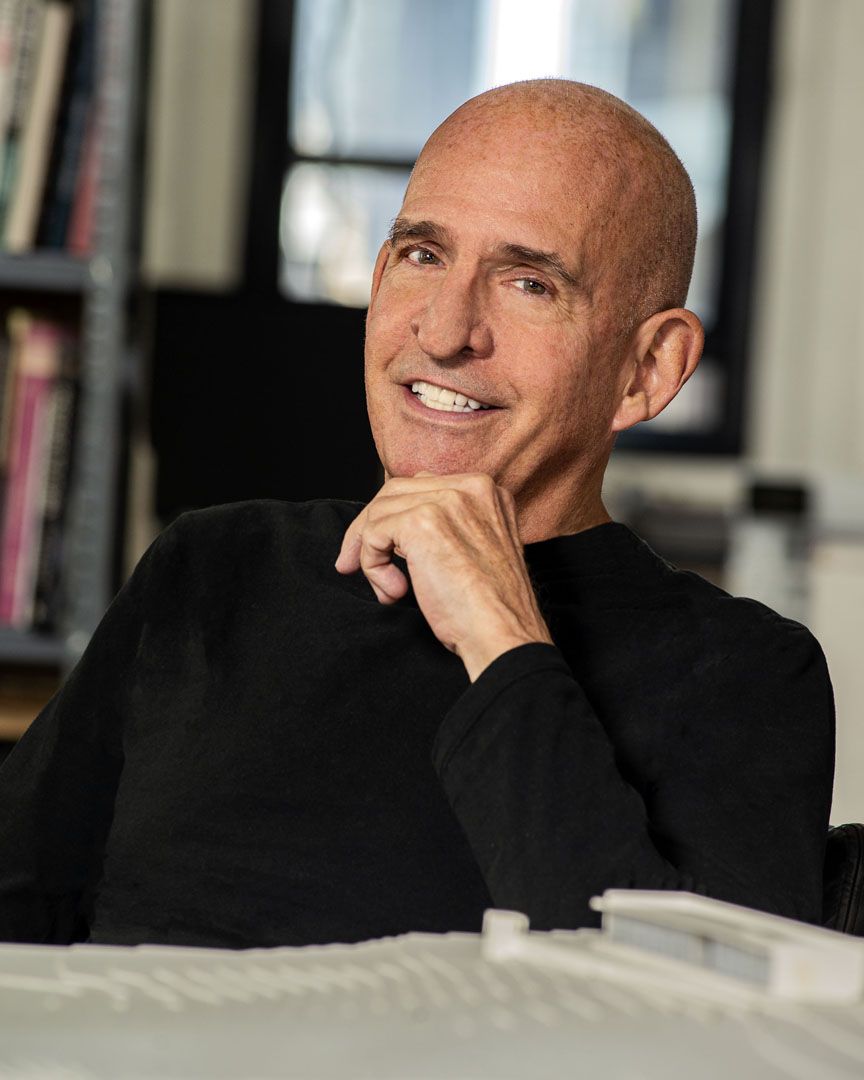 Belmont Freeman, informally known as Monty, established his eponymous firm (BFA) in 1986 with a mission to fulfill his clients’ visions through elegant and appropriate design across diverse practice sectors.

Monty is dedicated to enlightened solutions that synthesize complex functional, technical, and contextual issues, delivered with economy of material and aesthetic means. He is equally committed to environmental responsibility and sustainability, particularly expressed though his expertise in historic preservation, restoration, and renovation.

Recognized as an innovative designer, progressive practitioner, and a scholar, Monty is regularly featured in the media and is a columnist for Places journal. He speaks widely on his work and related research and has received numerous awards from the American Institute of Architects, the American Society of Interior Designers, and other professional and civic organizations. He was named a Fellow of the AIA in 2009.

A dedicated educator as well as practitioner, Monty taught for many years as an adjunct professor at Columbia University's Graduate School of Architecture, Planning, and Preservation, and is currently a visiting lecturer at the University of Pennsylvania Weitzman School of Design, where he teaches a design studio within the Historic Preservation program. He is a frequent guest critic and lecturer at schools across the country.

An American of Cuban descent, Monty is regarded as an expert on Cuban architecture, about which he speaks and writes widely. He co-produced the Storefront for Art and Architecture’s landmark exhibition Architecture and Revolution in Cuba, 1959-1969, and has conducted many celebrated architectural tours of the country. He recently acquired a midcentury modern home in Havana, which he is renovating as a base for professional and family activities on the island.

Monty conducts business in English, Spanish, and French. He is licensed as an architect in New York, New Jersey, Connecticut, and Pennsylvania, and holds certification from the National Council of Architectural Registration Boards. 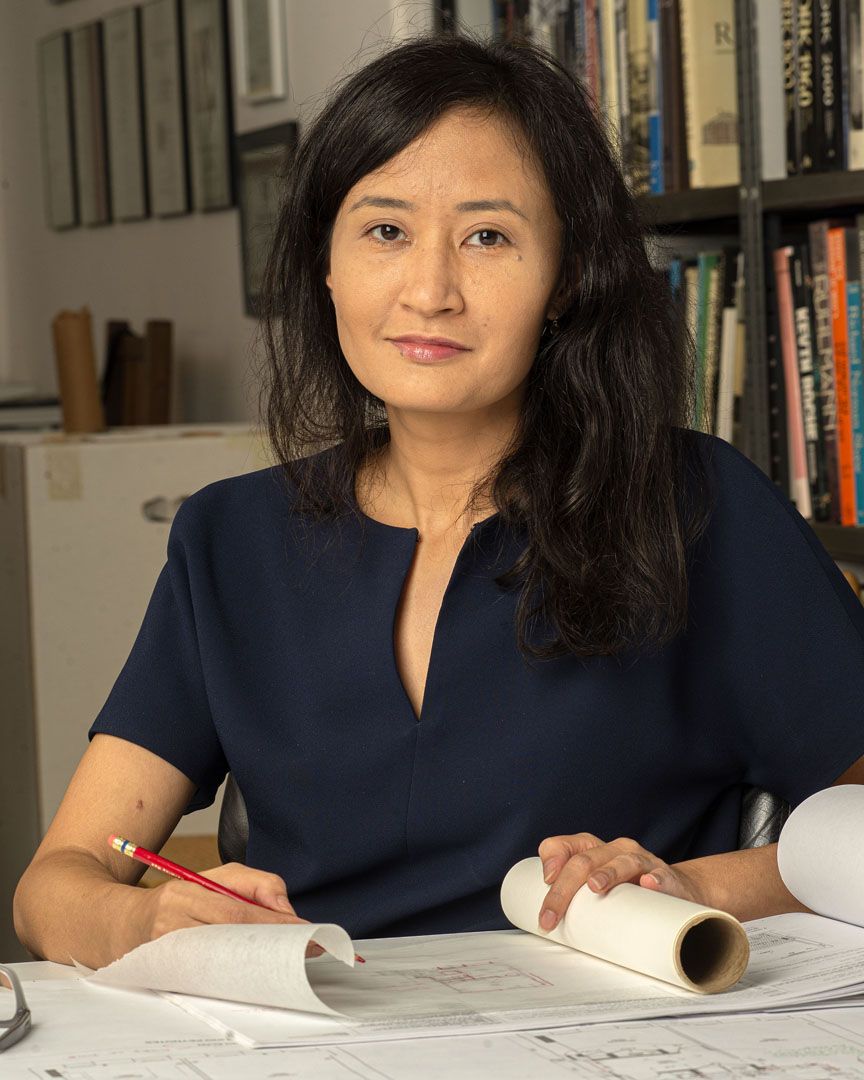 Haan joined BFA in 2010 and holds a leadership role in the firm’s design, company culture, and business development practices. Highly attuned to the complexity and technical challenges of each project, her responsive work style delivers clarity while guiding clients through the design and construction process.

The minimalist yet tactile palette she incorporates into each project embodies a carefully considered use of space and materials. Her work continually draws on a sensitivity to visual arts and materials, fostered by prior work as an independent curator and gallerist, managing the fabrication and installation of contemporary art in museums and galleries. These projects were recognized by the New York Times and Artform International.

Prior to joining BFA, Haan worked as a designer on a new campus for San Francisco State University, and One Santa Fe, a mixed use project in in Los Angeles, at Michael Maltzan Architects.

Haan has led academic, cultural, and civic projects including: 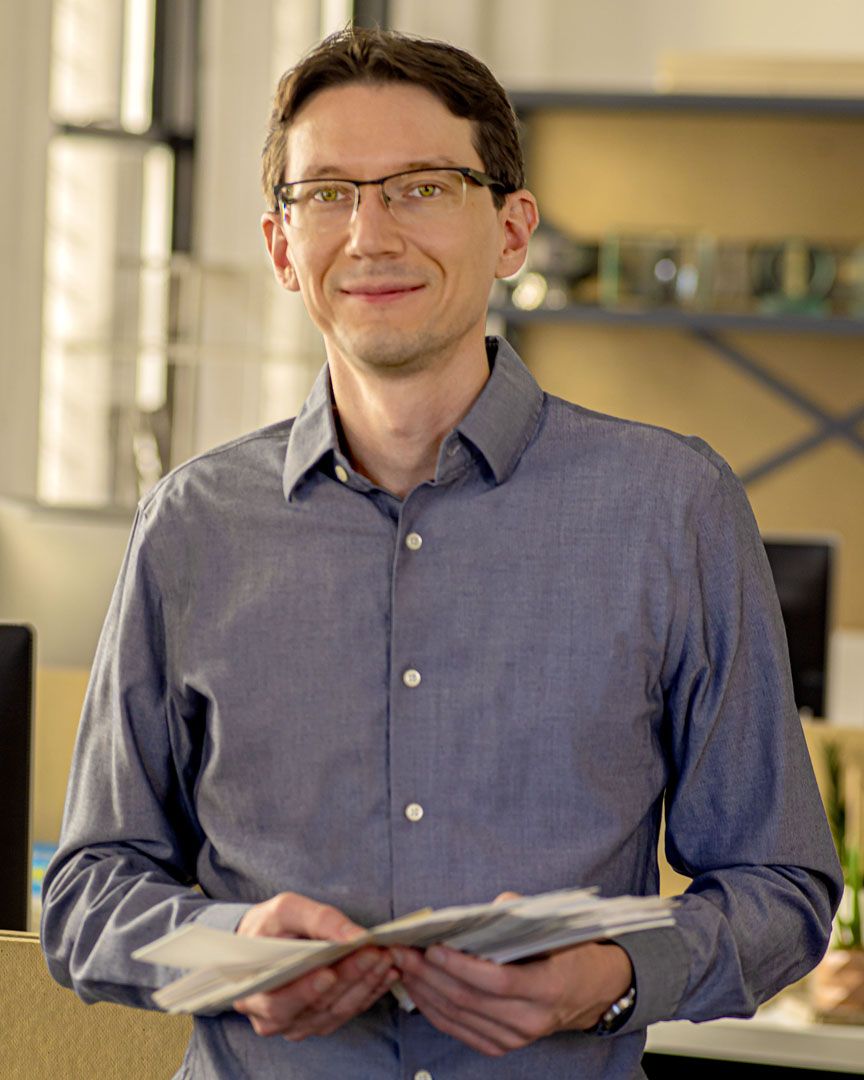 Alex joined BFA in 2013 and was elevated to Principal in 2020 for his record of leading some of the firm’s most important and technically complex projects through construction. As Principal and Technical Director, Alex collaborates with the entire BFA team on all aspects of technical design, detailing, and coordination of building systems, and comprehensively addresses quality control, compliance with codes and regulations, and advances the firm’s sustainable design efforts.

Specializing in projects with exacting construction requirements, Alex’s significant projects include the historic preservation at the Yale Club of New York City and the environmentally-sensitive development of an expansive oceanfront residence in Martha’s Vineyard.

A craftsman’s sensibility, deep care for materials, and a passion for drawing as a means to explore ideas with clients define Alex’s professional identity. His “hands on” building experience with framed houses, built furniture, and welded steel fosters advanced solutions to technical detailing and coordination challenges.

Alex believes that protecting the environment through sustainable design is his most vital social responsibility as an architect. He continually seeks to ensure that the firm’s practices align with the American Institute of Architects’ greater goals for sustainability, resilience, and inclusivity.

Licensed as an architect in the State of New York, he also holds certification from the National Council of Architectural Registration Boards.

Alex has served as lead project architect on commercial and residential projects including: 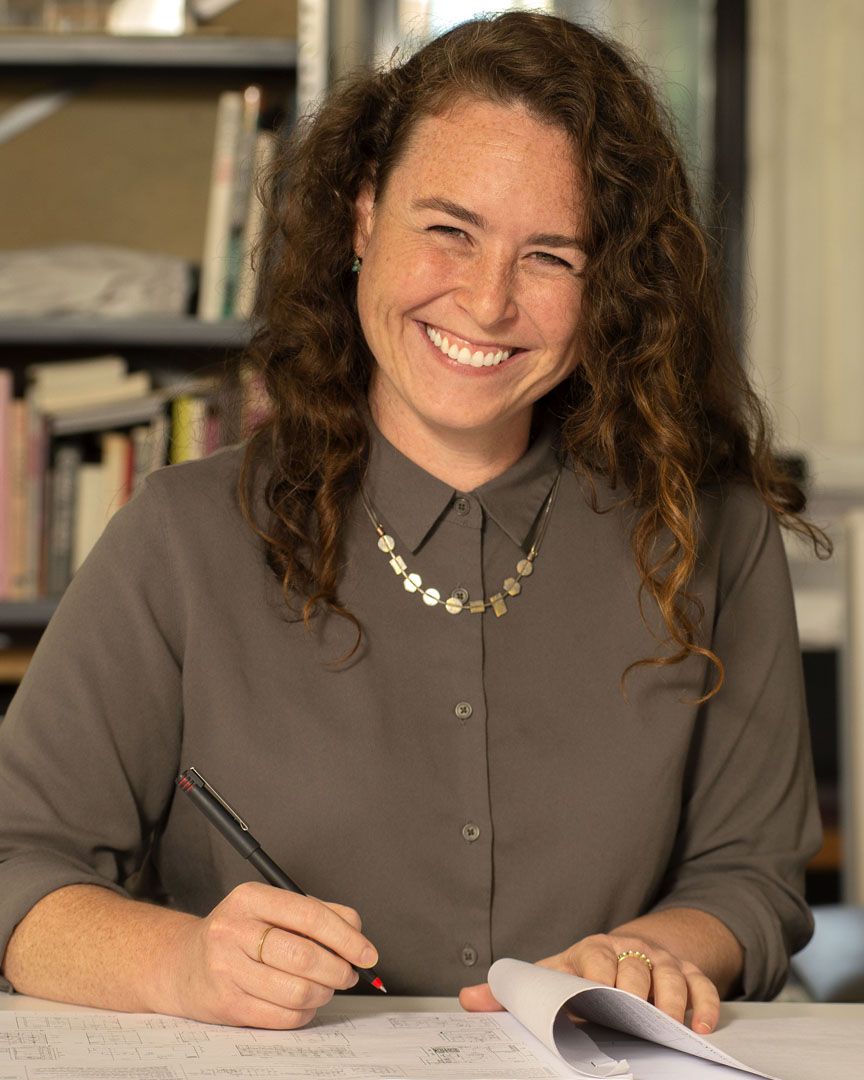 Maya joined BFA in 2018. She is a skilled designer and seasoned project manager with more than seven years of experience in architecture and interiors. Before joining the firm, she worked on a variety of institutional, non-profit, civic and private projects in New York City, including interior office renovations, supportive housing, and theater renovations.

Maya believes architecture and urbanism are tools through which people negotiate their relationships and experiences with society as a whole. She is professionally motivated by social justice and environmental sustainability and is invested in designing engaging and inclusive projects.

Active in professional organizations, Maya serves as the National Organizer for The Architecture Lobby, where she collaborates with designers and architects across the world in advocating for the value of their collective work. In addition, she has taught history and design at the New York Institute of Technology and Parsons School of Design.

Maya has worked alongside contractors, consultants and clients on interior renovations including: 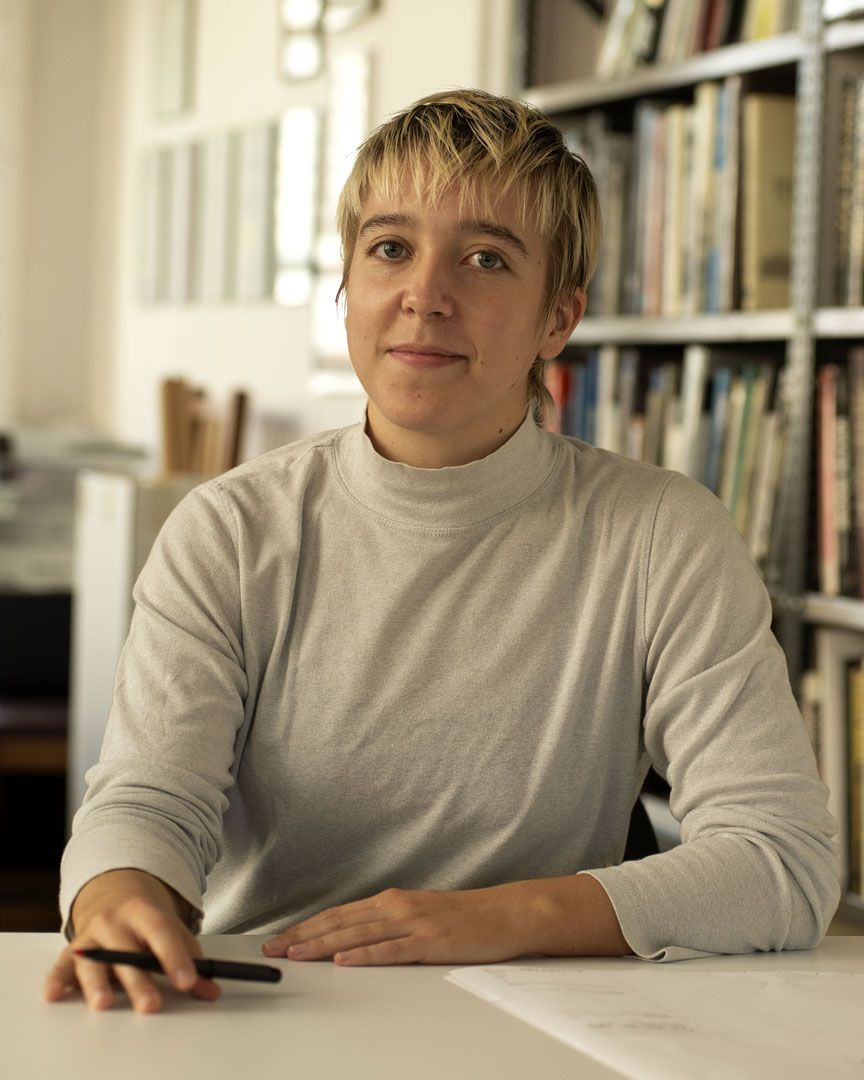 Maddie joined BFA in 2019 as administrative assistant and office manager. Well versed in performing arts as an artist, choreographer, and costume designer, she/they conveys creative problem-solving skills and a passion for peer collaboration from the stage to the design studio. Her/their resourcefulness, cultivated in her/their professional experience to date, is an asset to the practice. Leveraging diverse work skills and experience, she executes a host of tasks that best support and develop the vision of her colleagues for the benefit of BFA’s clients.

Before joining the firm, Maddie worked as a performer and provided administrative support to independent choreographer Netta Yerushalmy, managing her website content, footage archive, and mailing lists. She was also a production and operational assistant at Smart Design, an industrial design studio in Chelsea.

For more than 30 years, BFA has received design awards for its higher education, residential, and civic/cultural projects. Leading professional organizations including the American Institute of Architects chapters in New York State, New York City, and Connecticut; as well as the American Society of Interior Designers New York Metro have recognized its work.

The firm has also been acknowledged by the Historic Districts Council (NYC) and the Preservation Alliance for Greater Philadelphia for its expertise in historic preservation, restoration, and renovation, and the Brick Industry Association and International Association of Lighting Designers have saluted its related accomplishments. 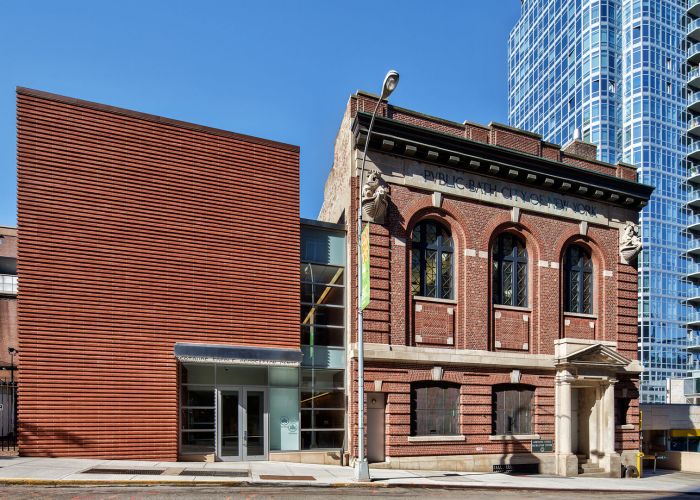 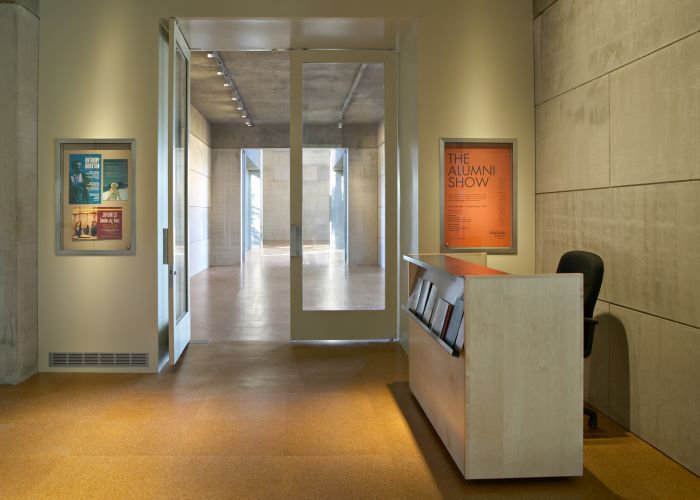 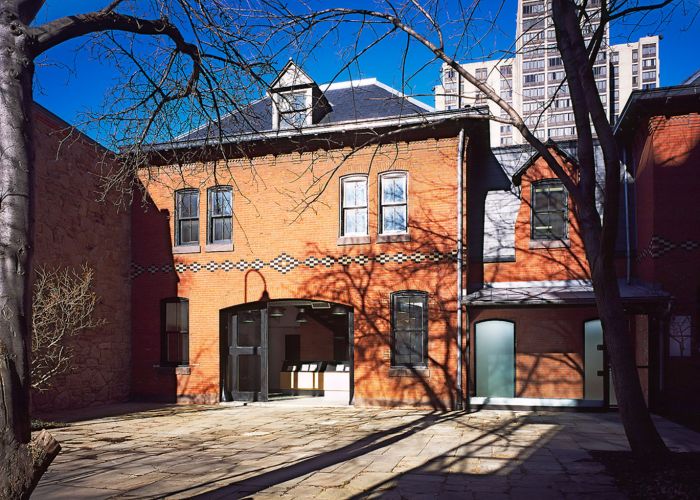 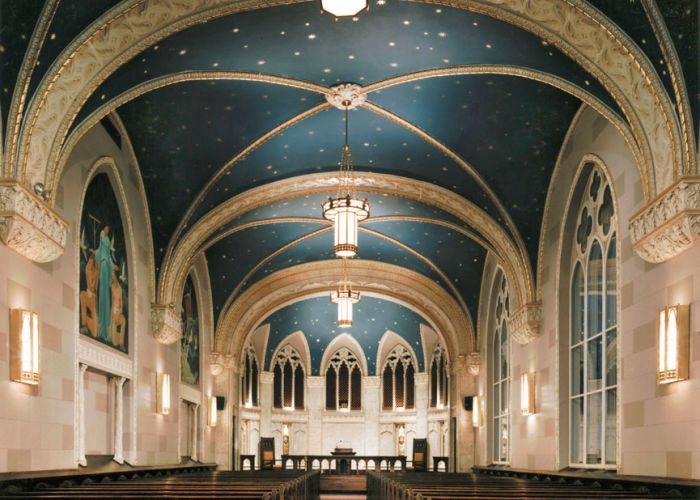 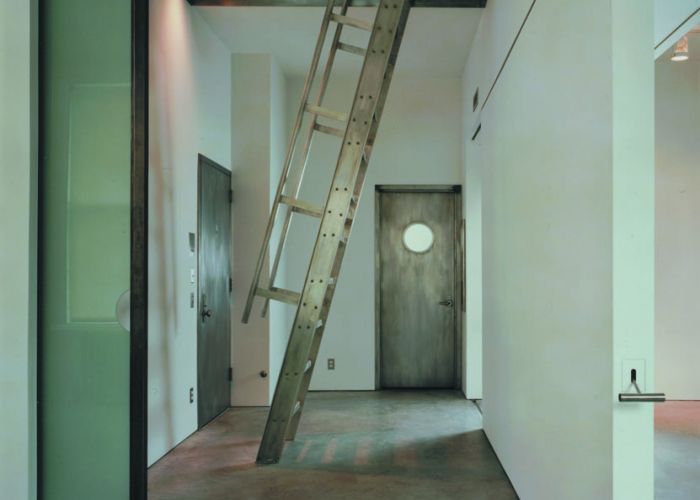 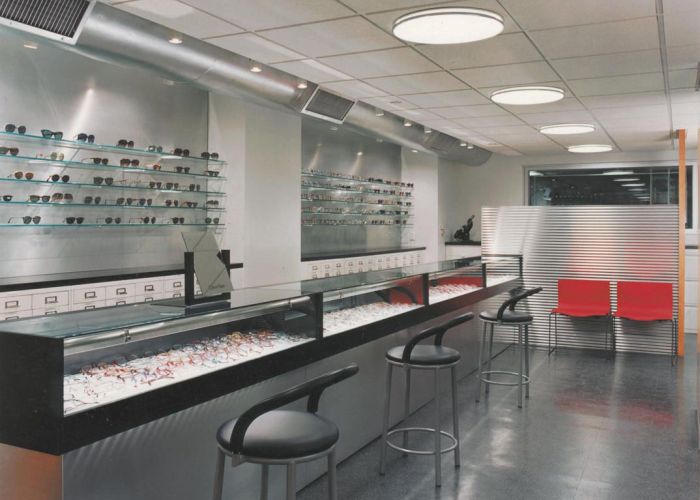 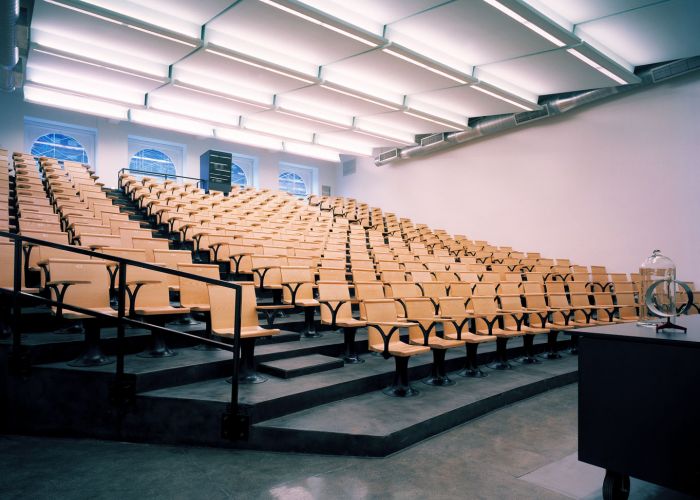 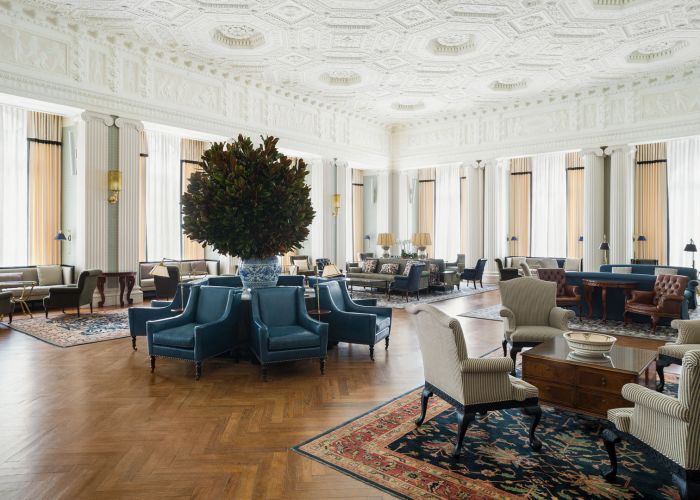 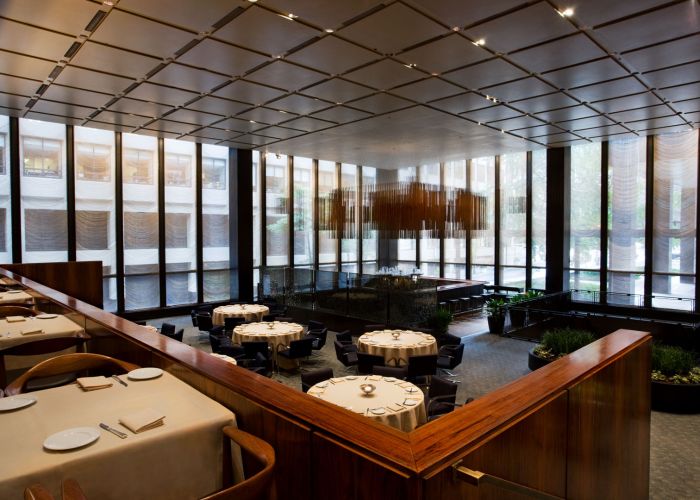 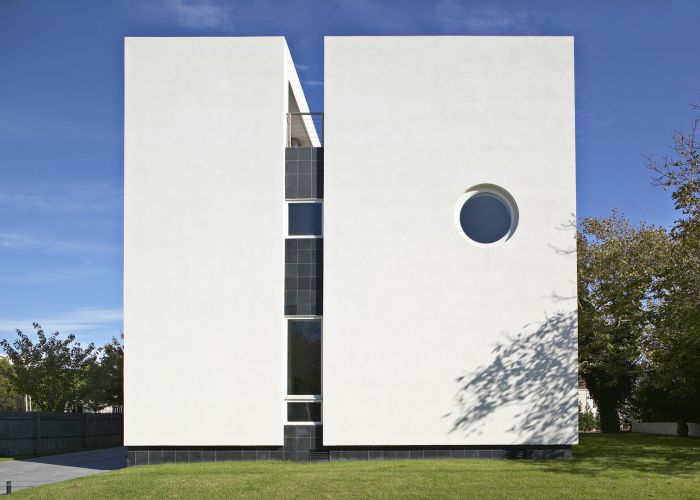