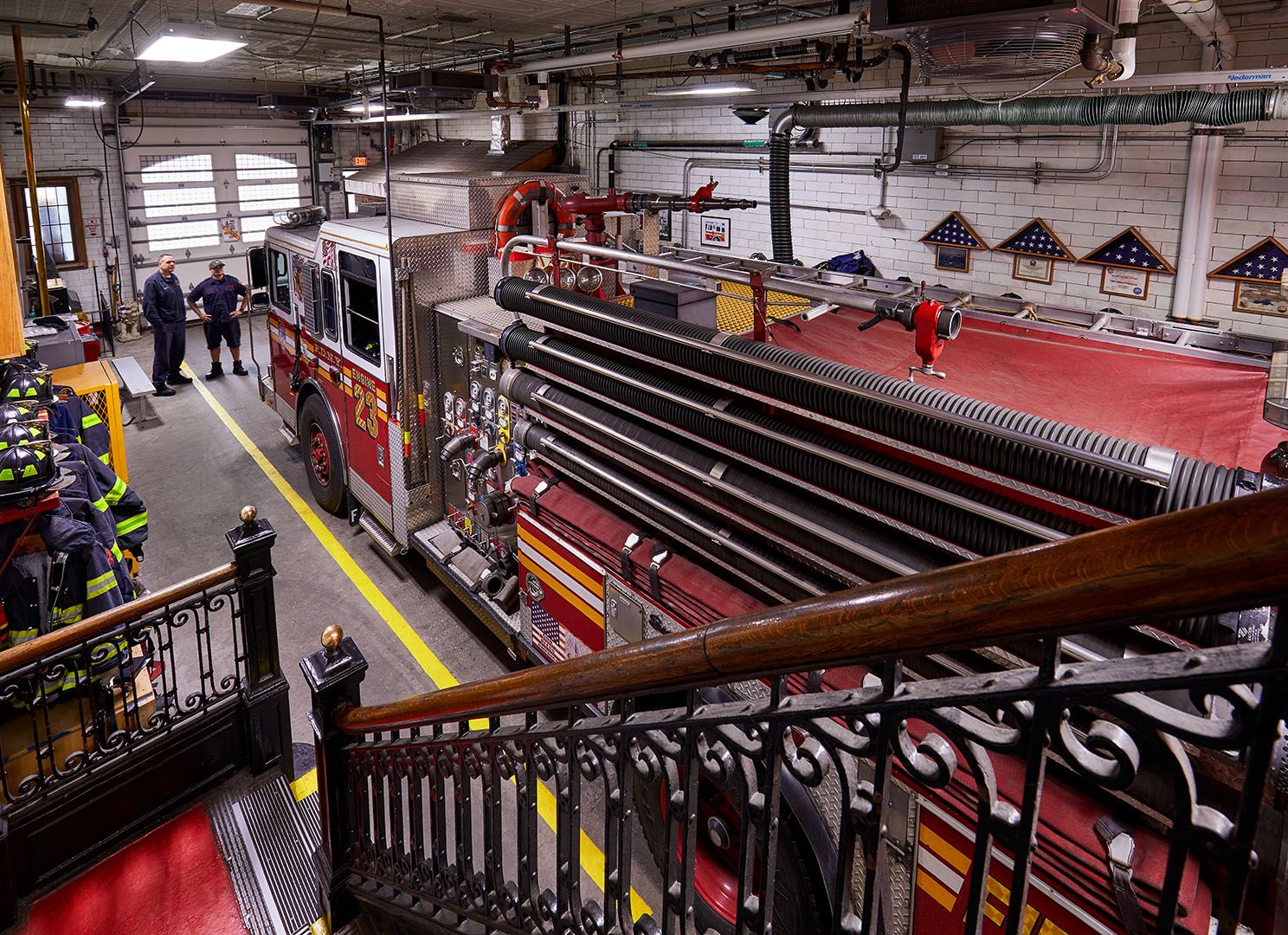 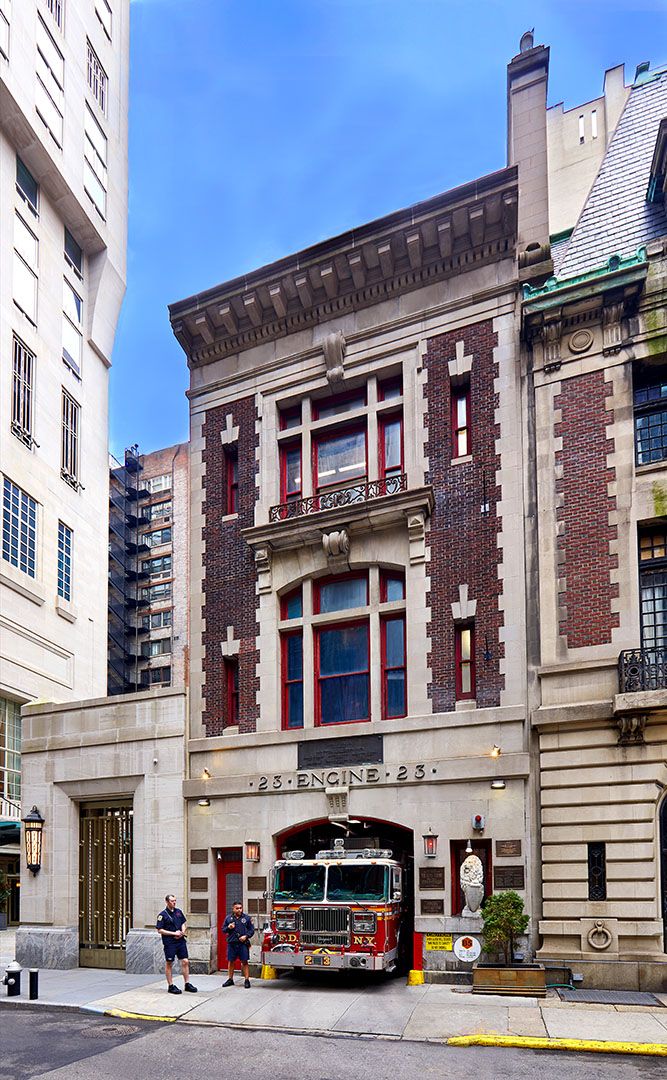 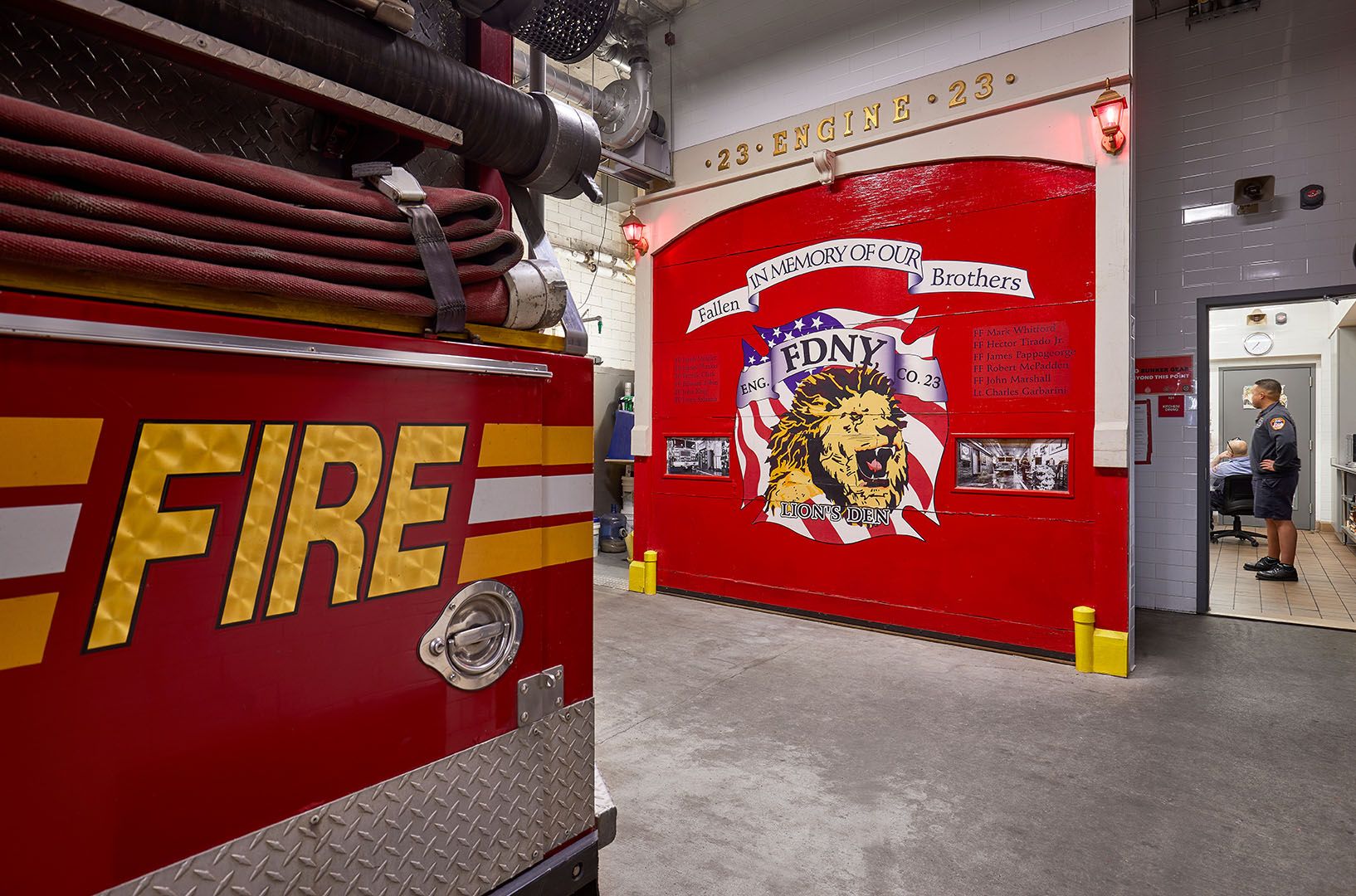 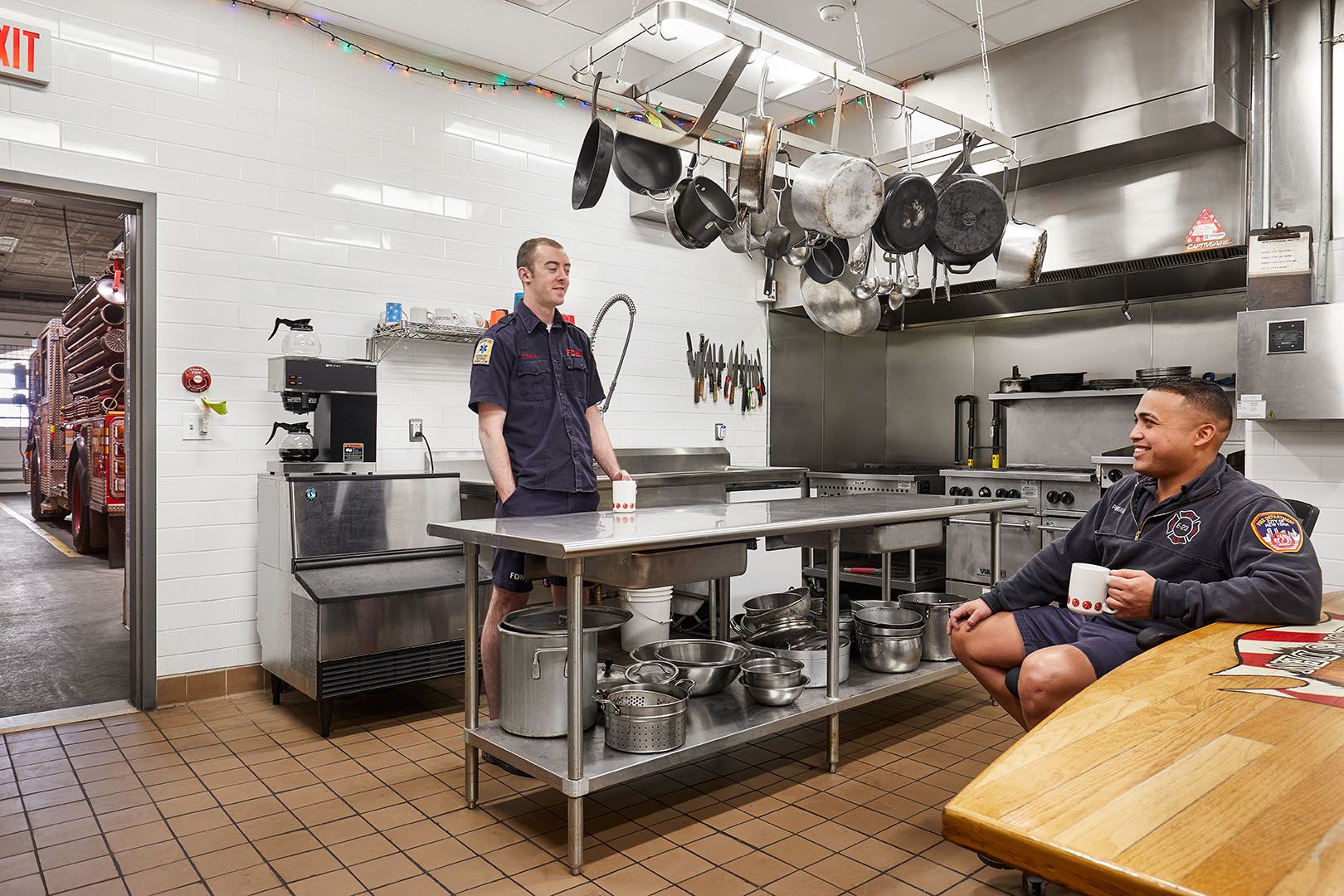 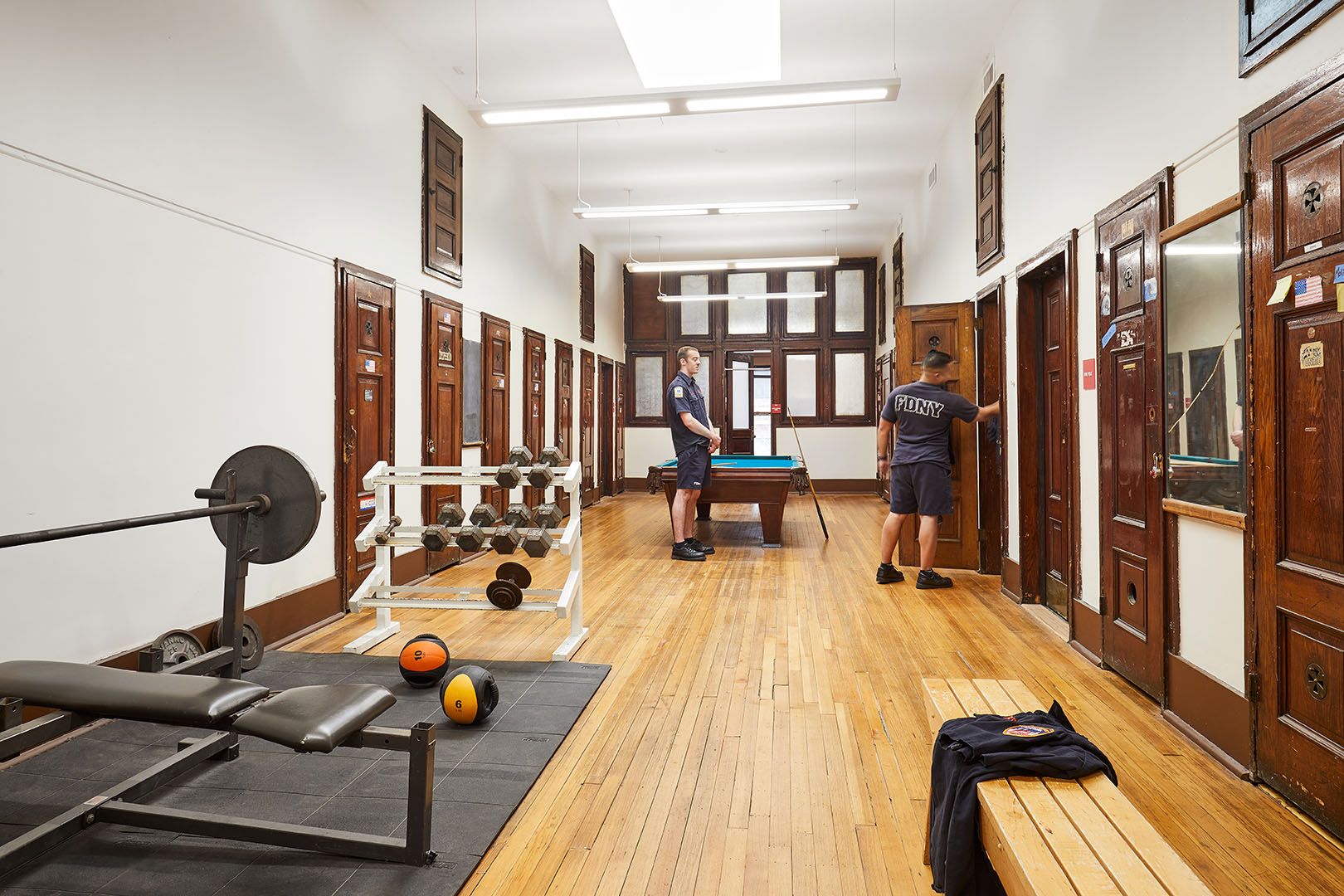 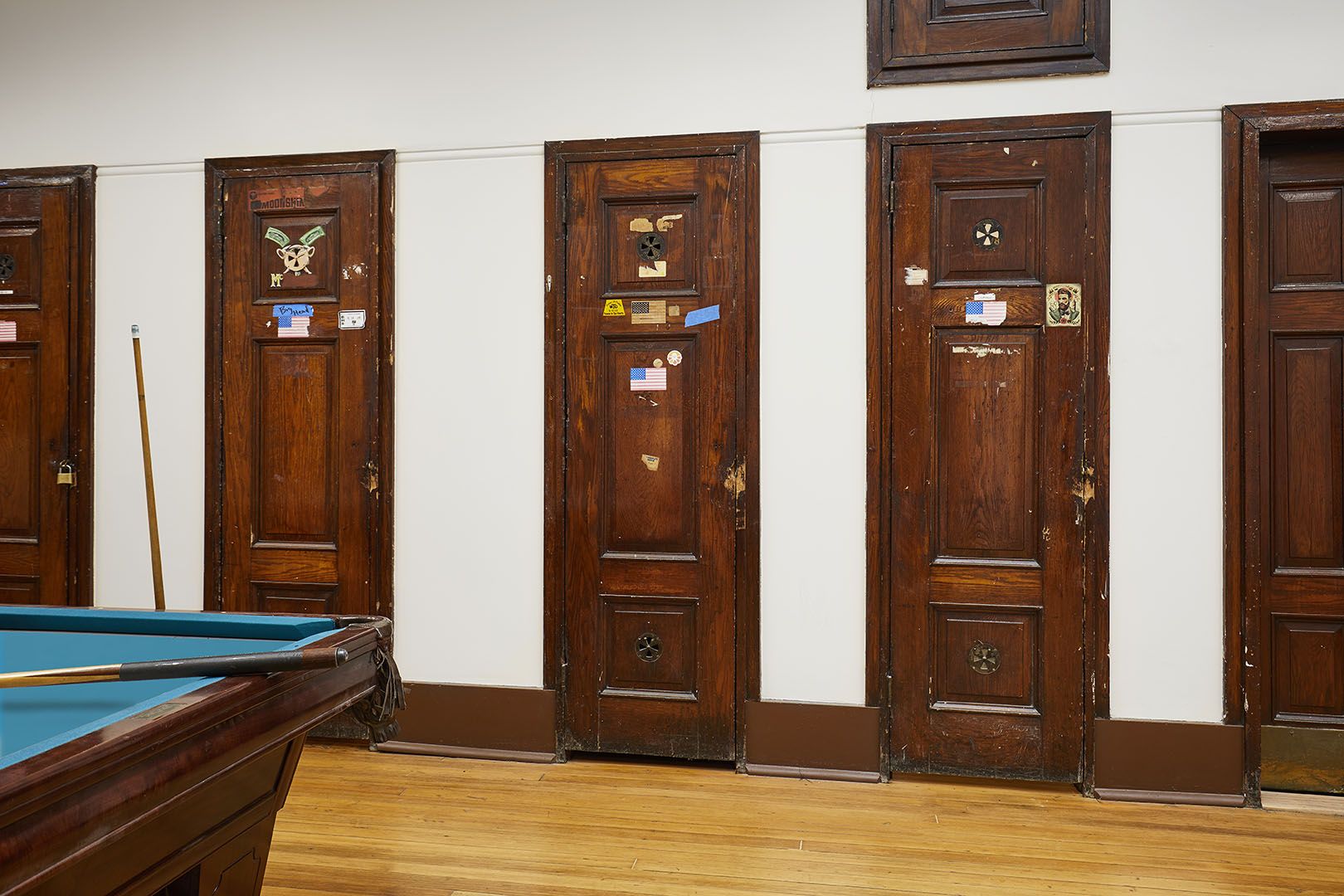 New York City has a rich heritage of historic firehouses constructed after the consolidation of the five boroughs in 1898 and the subsequent expansion of the NYC Fire Department. Completed in 1906, the 6,800 sf Engine Company 23 at 215 West 58th Street was designed in the French Beaux-Arts style by Alexander H. Stevens, the department’s in-house architect and “Superintendent of Buildings.” Initially housing horse-drawn carriages, the company transitioned to motorized transportation the following year. The building was designated a landmark by the NYC Landmarks Preservation Commission in 1989.

BFA completed a full interior and exterior renovation of this stately 3-story structure, including the design of facilities for female firefighters as part of a citywide effort to enhance diversity and inclusivity in the fire department. Our work included a new commercial-grade eat-in kitchen, a lounge, ADA compliant support spaces, firefighter living quarters, full central air conditioning, and the careful restoration of the historic Indiana limestone and red brick facade.

BFA sought to modernize EC23 programmatically and systemically while also preserving as much historic character as possible. Pressed metal ceilings on the apparatus floor were repaired and upstairs, layers of modern floor finishes were lifted to expose original hard pine flooring. On the top floor, a modern dropped ceiling was removed and an original skylight was reopened to admit sunlight into the recreation room. Original wood locker doors were lightly refurbished to retain the traces of occupancy—carved initials and decals—by many generations of firefighters.