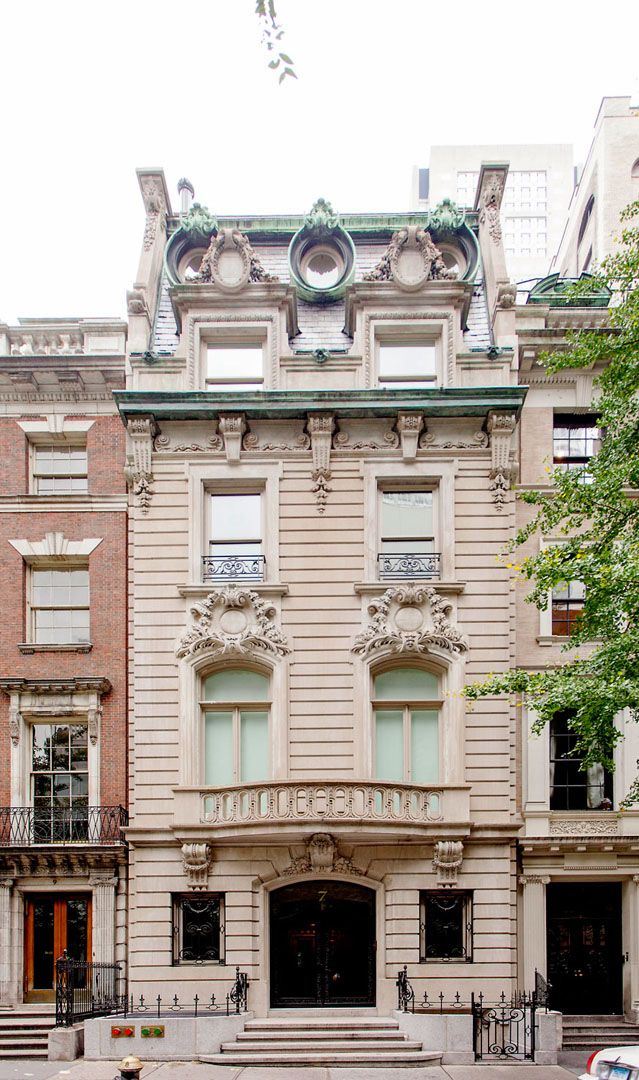 BFA was commissioned to renovate the 1900 Philip Lehman Mansion at 7 West 54th Street to create offices and entertaining spaces for a hedge fund group. Originally designed by John H. Duncan, it was built for a prominent banker and art collector in the French Beaux-Arts style, one of the many distinguished townhouses that once defined the West Fifties between Fifth and Sixth Avenues. Though its interiors had been altered over time, the house was designated a landmark by the NYC Landmarks Preservation Commission in 1989.

Following Lehman’s death, his son Robert resided in the mansion. Pursuant to his 1969 bequest, the extensive Lehman art collection and several rooms from the residence were transferred to the Metropolitan Museum of Art for installation in the new Lehman Wing.

BFA’s work on the mansion included the restoration of its facade and remaining historic interiors, the creation of a modern glass penthouse addition, and the installation of high-tech building systems throughout. Aspiring to preserve the house’s character as fully as possible, BFA brokered an agreement between the new owners of the building and the museum to retrieve numerous architectural artifacts that had not been used in the Lehman Wing period rooms and reincorporated them into the mansion. Casts of other architectural details were also made for replication purposes.